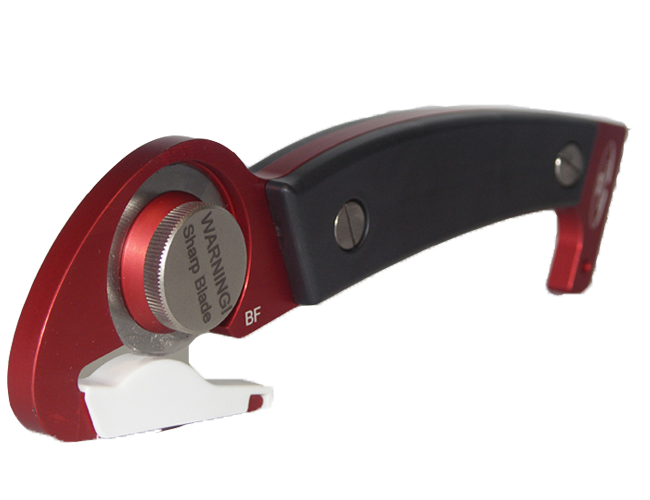 ”We need to have a rapid process of development of new products, because we have a very short ime-to-market. Customers want products delivered very quickly and the markets are changing very fast. That makes 3D CAD very useful.”

ES Equipment is designing and selling a knife made for medical purposes. When ES Equipment started to develop the knife in 2005, the company had troubles combining the design ideas with the technical requirements. Five prototypes were made before the final design of the knife was ready.

During the development work both SolidWorks and SolidWorks Simulation Xpress became an invaluable help in simulating various properties of the blades.

”The first designs were too heavy, too expensive to manufacture and included too many parts. The knives also had a number of features that it turned out were not needed by our customers. It was a great help for us to work with 3D CAD, because we could easily alternate between different design ideas and visualize them to the customers. SolidWorks also gave us direct access to information about weight and center of gravity, which are critical factors for the design,” says Martin Bergstrand.

The knife recently gained notoriety when it was used on the set of the new hollywood remake of «The Girl with the Dragon Tattoo,» based on the first part of Stieg Larsson’s world-famous Millennium thriller trilogy.

«We received an inquiry from the American film company asking whether the knife was used in Sweden. Then we heard nothing more, but when I saw the film, I discovered that they actually used the S-CUT,» says Martin Bergstrand, an engineer with responsibility for product development at ES Equipment.

END_OF_DOCUMENT_TOKEN_TO_BE_REPLACED

“Having all the information about a product together in one place in a 3D model is a big benefit with SolidWorks that increases security and product quality.”...

END_OF_DOCUMENT_TOKEN_TO_BE_REPLACED

"With the 3D models of the products, the first prototype has higher accuracy and this limits the number of prototypes needed during the development period making the process more streamlined and faste...