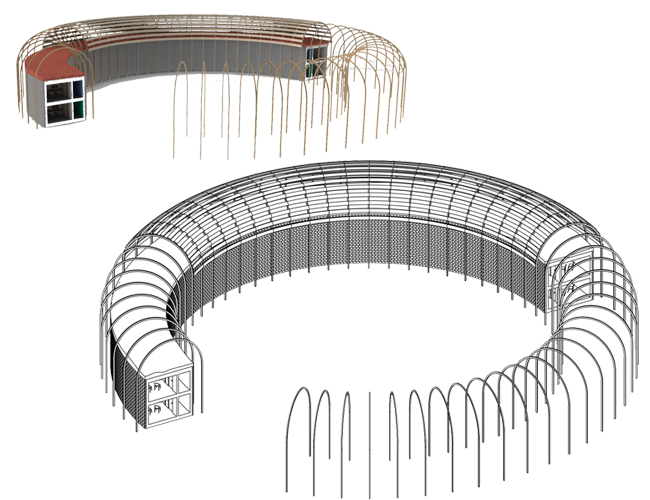 “It was obvious to use SolidWorks and PhotoView 360 for the reconstruction of Regan WEST, as the combination of technical 3D information and graphics is easy to combine in SolidWorks.”

Karsten Pedersen was challenged to reconstruct a top-secret nuclear bunker designed to protect the Danish government and monarchy, in case of a national emergency situation or war.

A huge nuclear bunker with 160 rooms, called Regan WEST, is situated half a mile in under a hill, 60 meters underground in a large forest in the northern part of Denmark. The bunker which provides housing for up to 350 people was built in the 1960’s after the Cuban crisis.

In 2009 Karsten Pedersen, was allowed access to inspect the facility. His purpose was to write the book «Denmark’s deepest secret. Regan WEST – the government and the royal house’s nuclear bunker»After negotiations about conditions, censorship etc. his wish was fulfilled. Based on his own photography’s and measurements he used SolidWorks to make drawings and calculations of the nuclear bunker for the book.

«It was obvious to use SolidWorks and PhotoView 360 to the reconstruction of Regan WEST, as the combination of technical 3D information and graphics is easy to combine in SolidWorks,» explains Karsten Pedersen, who is employed with the industrial design company, Kjærulff Design.